Tiernan de Haas doesn’t care about anything anymore. The only child of a film producer and his starlet wife, she’s grown up with wealth and privilege but not love or guidance. Shipped off to boarding schools from an early age, it was still impossible to escape the loneliness and carve out a life of her own. The shadow of her parents’ fame followed her everywhere.

And when they suddenly pass away, she knows she should be devastated. But has anything really changed? She’s always been alone, hasn’t she?

Jake Van der Berg, her father’s stepbrother and her only living relative, assumes guardianship of Tiernan who is still two months shy of eighteen. Sent to live with him and his two sons, Noah and Kaleb, in the mountains of Colorado, Tiernan soon learns that these men now have a say in what she chooses to care and not care about anymore. As the three of them take her under their wing, teach her to work and survive in the remote woods far away from the rest of the world, she slowly finds her place among them.

And as a part of them.

And she also realizes that lines blur and rules become easy to break when no one else is watching.

One of them has her.

The other one wants her.

He’s going to keep her. 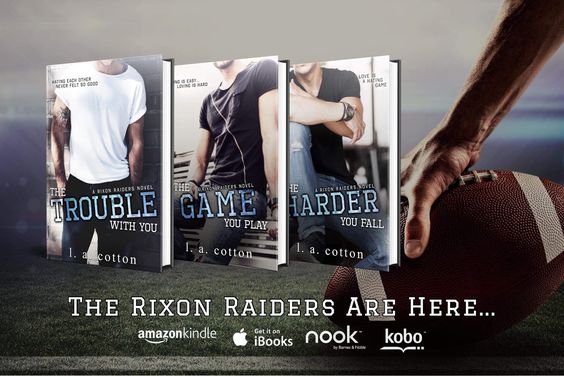 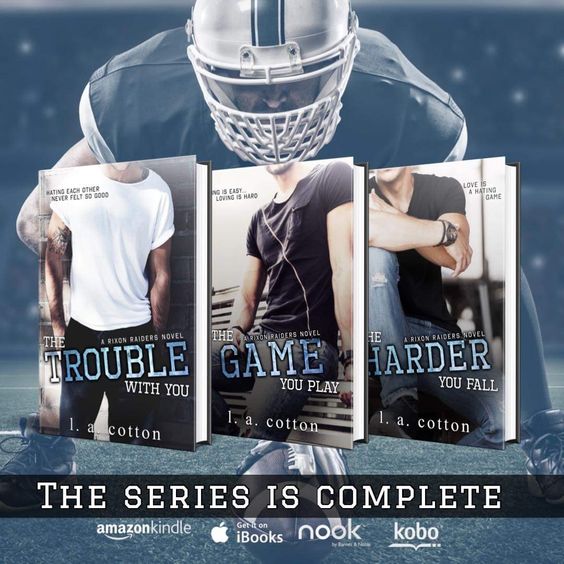 ABOUT LA COTTON:
Angsty. Edgy. Addictive Romance
Author of mature young adult and new adult novels, L A is happiest writing the kind of books she loves to read: addictive stories full of teenage angst, tension, twists and turns.
Home is a small town in the middle of England where she currently juggles being a full-time writer with being a mother/referee to two little people. In her spare time (and when she’s not camped out in front of the laptop) you’ll most likely find L A immersed in a book, escaping the chaos that is life.
L A loves connecting with readers. The best places to find her are 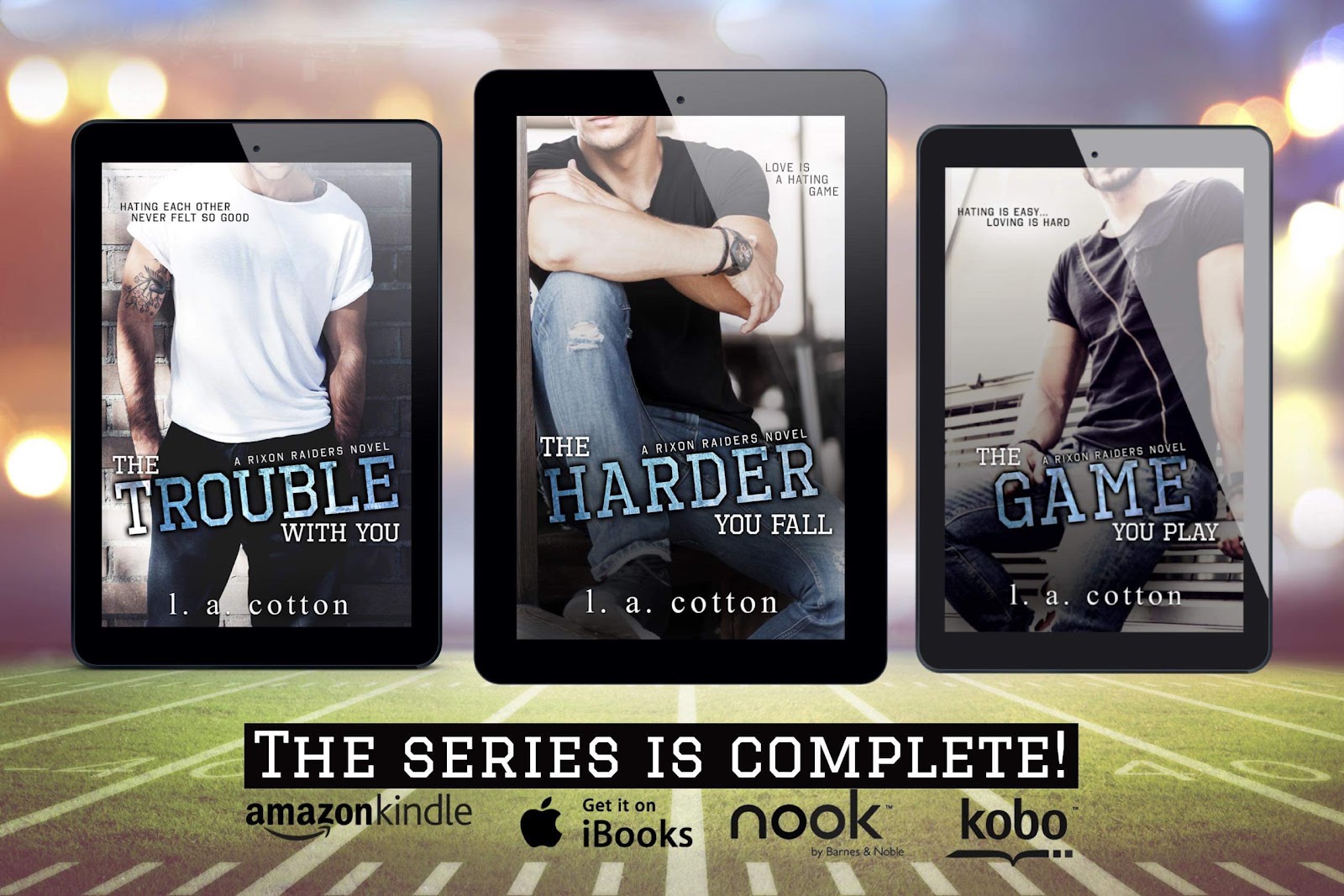