Check out the 8th and final book in the awesome “Unbreakable Bonds” series, by Jocelynn Drake & Rinda Elliott !!!! 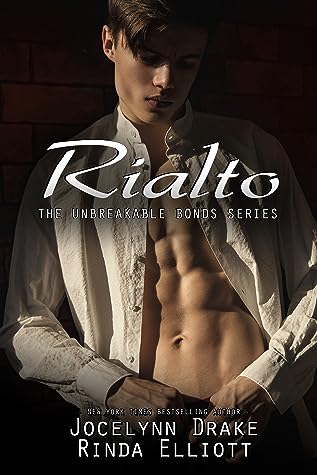 Someone has it out for Rialto.

Ian Banner is loving his hectic life. He’s newly married, ready to start a family, and opening a new restaurant. All his dreams are coming true.

The last thing he needs is a problem with his restaurant.

But when one attack after another comes, he grows convinced he has another enemy.

Ian tries to handle things by himself, but his friends are soon drawn in when the attacks become violent. That’s when Ian realizes the target isn’t Rialto. It’s him.

Check out my review and read an excerpt!! —->

Everyone who knows me also knows the depth of my love for Hollis… He came into my life when I first read Shiver in 2016, and I have been deeply in love with him ever since

So it mustn’t come as a surprise that this book was a 5 star read for me. It has one of my all-time favorite characters starring it, so it was bound to happen

Thankfully I also enjoyed the storyline, even though I read it with a bit of a double feeling since I knew this would be the final book! But as we all know, all great things must come to an end.

Though I am sure these lovely authors will have much awesomeness in store for us.

As for the story, I think you should just read it yourself. And if you haven’t started this series yet, I suggest you do so now. Just be prepared for lots of fun, laughter, and friendship. Suspense, missions and code names. And love…a whole lot of love…

I hate saying goodbye, but I also know they are all just a page away and I can open their books anytime I want 😉

I highly recommend this series!! 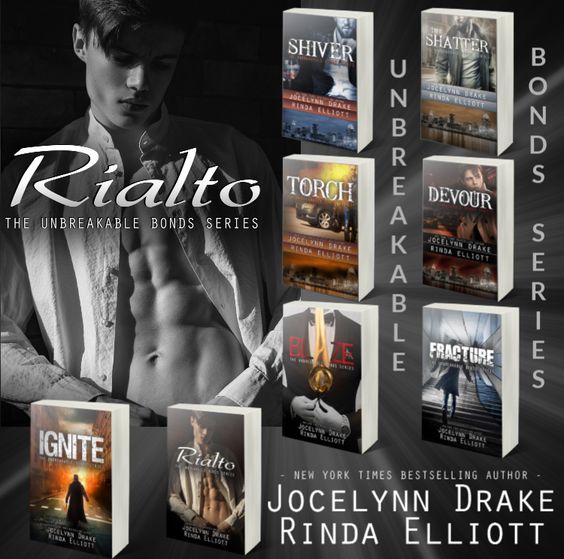 Ian sighed and stretched his legs out, putting his sock-covered feet onto the coffee table. He’d kicked off his shoes when they’d come in. “I’m still reeling over that damn raid. Someone had to have called it in, and I can’t figure out who would do such a thing. It’s driving me crazy worrying about it.”

“Everything’s fine. Even Sarah told you there’s nothing to worry about now.”

“Still, it shouldn’t have happened, and having those dogs in the kitchen?” He growled softly. “I just hope we don’t get any disgruntled reviews from the people we had to reschedule.”

“Bad reviews happen, you know that.”

“But over something like this? Something completely out of my control?” He sat up and faced Hollis. “I can’t get it out of my head that someone actually turned us in. And all that stuff about drugs? Drugs, Hollis! The last thing Rialto needs is a rumor like that. We had people in that restaurant who heard all that when they first came in.”

He stood and started pacing the room. Hollis watched his slim, agitated form as he moved, noting that his hands were clenched into fists at his sides.

“Rumors of drugs could hurt our chances of becoming foster parents, too!” he nearly yelled. He reached up and ran both hands through his hair, leaving the brown strands sticking up all over the place.

He’d worked himself into a frenzy again. Hollis stood and walked to him. He placed his hands on Ian’s shoulders, feeling the fine bones beneath his palms before sliding his hands down Ian’s back to pull the man into his body.

Ian slumped against him, wrapping his arms tight around him. “Thanks.”

“For what?” Hollis asked.

“For the hug. For knowing I needed one.” He tilted his head and stared into Hollis’s face. “You always know how to calm me down.”

“I don’t want you worrying about drug rumors. The fact that your restaurant only lost one night to the raid before opening up again will squelch any of those. Rialto will be fine. And this isn’t going to hurt our chances at being foster parents. We’ve already gone through the background checks and everything else. It’s all good.”

Ian had worried incessantly about the background inspection, but his past with Jagger had never been public knowledge. It also didn’t hurt that Ian had Rowe’s tech specialist, Gidget, run a check, making sure that there was nothing from Ian’s past that might throw up red flags. Gidget had confirmed that other than Jagger’s attack on Ian at Union Terminal three years ago, there was nothing linking Ian to Jagger.

“I just want it so much,” Ian mumbled against his chest as he leaned close again.

“You know I do,” Hollis said as he bent down to kiss Ian. Ian’s arms slid up around his neck and he stood on his toes to press harder into Hollis’s mouth. That warm body felt too good against Hollis. He pulled away from Ian and stared at him, taking in the already blown pupils with a smile. “Enough of this worrying. I have a better idea. Stay right here.”

He walked to the front door to set the security alarm, then flipped off the lights. The automatic night-light on the stairs came on, but he knew where Ian was. He walked to his husband and lifted him. Ian’s legs automatically wrapped around his waist as Ian chuckled. Hollis knew he was laughing at being carried, but Hollis fucking loved carting Ian around.

“I bet I know what your idea is,” Ian murmured, kissing Hollis’s jaw.

“If it’s stripping you naked and having my way with you, you get a cookie.” He carried him up the stairs and into their bedroom, not setting him down until they were beside their bed. 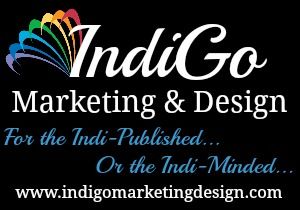 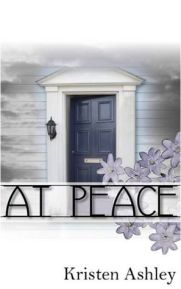 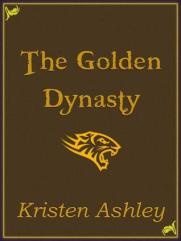 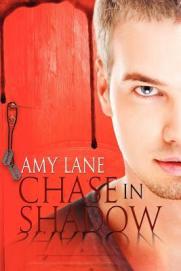 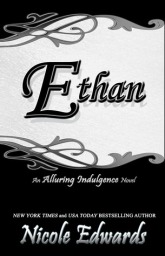 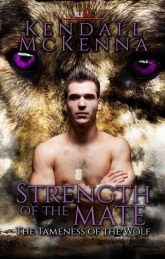 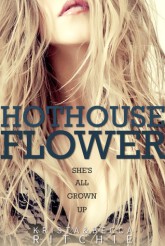 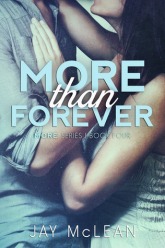 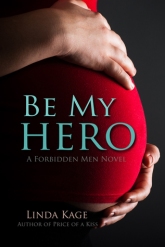 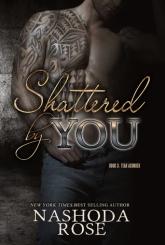 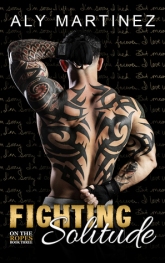