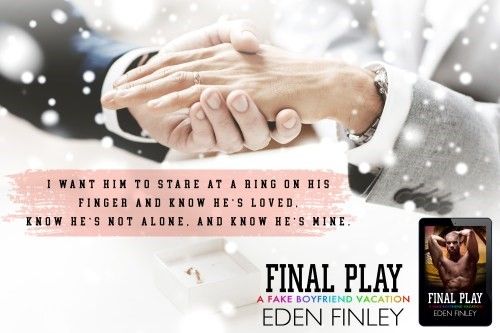 Check out the Final book in the “Fake Boyfriend” series by Eden Finley! 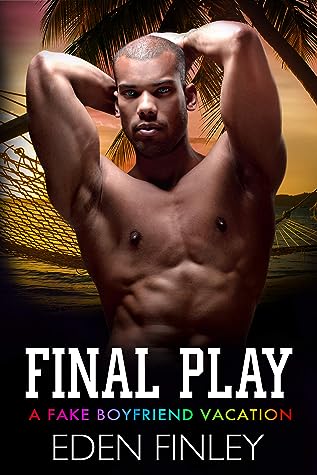 It’s a vacation none of them will forget.

Before their futures become the present, Noah convinces his friends they need a group vacation—a final play before they’re all tied down by responsibility and unyielding schedules.

A trip to Fiji is the last hurrah to end all hurrahs. And from disastrous marriage proposals to grand gestures to life-changing confessions, two weeks on a private island becomes the beginning of the rest of their lives.

Final Play is a 50,000 word novel told in the point of views of all ten Fake Boyfriend main characters. It contains the boys’ final HEAs. It is not intended to be read as a stand-alone. 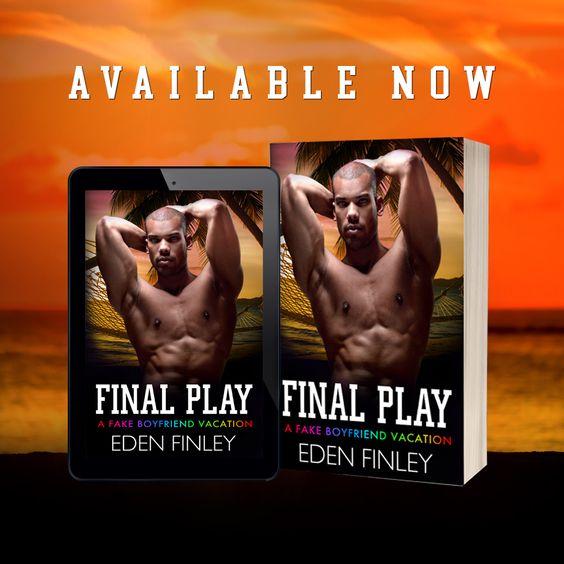 Check out my review and enter the Giveaway! —->

Everyone who knows me, knows that I am a big fan of closure. Especially when it comes to the stories I read. A book with an open-end gives me hives. I can’t help it… I am special that way 😛

Now imagine my level of giddiness when I received this awesome conclusion of the “Fake Boyfriend” series. A huge epilogue for all parties involved!!

This book gave me warm and fuzzy feelings all throughout.

It also left me a bit sad though…knowing we have finally come to an end.

That said, I am sure that Eden Finley will grant us many awesome new series in the future and I will be re-reading this one over and over and over again…

This book should not be read as a stand-alone but I highly recommend the whole series, so what are you waiting for?

Eden Finley is an Amazon bestselling author who writes steamy contemporary romances that are full of snark and light-hearted fluff. She doesn’t take anything too seriously and lives to create an escape from real life for her readers. The ideas always begin with a wackadoodle premise, and she does her best to turn them into romances with heart. With a short attention span that rivals her son’s, she writes multiple different pairings: MM, MMF, and MF. She’s also an Australian girl and apologises for her Australianisms that sometimes don’t make sense to anyone else.