Check out this awesome new paranormal series by Jocelynn Drake ! 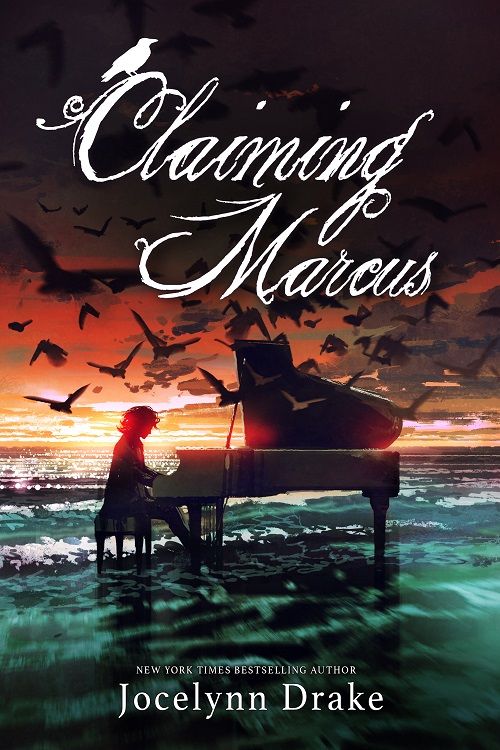 No one believed me until I met some new friends, who promised to help me get justice.

But nothing prepared me for Marcus Varik.

Oh God, I should have never agreed to betray him.

Hopefully, it’s not too late to fix my mistake before I lose more people I love.

Check out my review and enter give-away —->

I absolutely love paranormal romances and Vampires…yeah they are definitely my kryptonite. All that hot dark and broody ?? Count me in !! Knowing there are 3 more vampire brothers and that they are getting their own book ?? Hell yeah !!!

This story sucked me in from the very first page. I was at the edge of my seat trying to find out more. The mystery and suspense were very well done and it kept me entertained from beginning to end.

The romance between Marcus and Ethan was a bit on the fast side though. Now I always say that I don’t mind insta-love so much when it comes to paranormal book…and I don’t, but in this case, the “I love you’s” came a wee bit fast and unexpected.

One minute Ethan hated everything related to vampires and the next he was claiming his undying love…while they hadn’t really been together yet. I had a bit of trouble adjusting myself to his very fast change of heart. Once I got myself to move past this fact, everything was right again and I could move on. I mean I did want these two together. 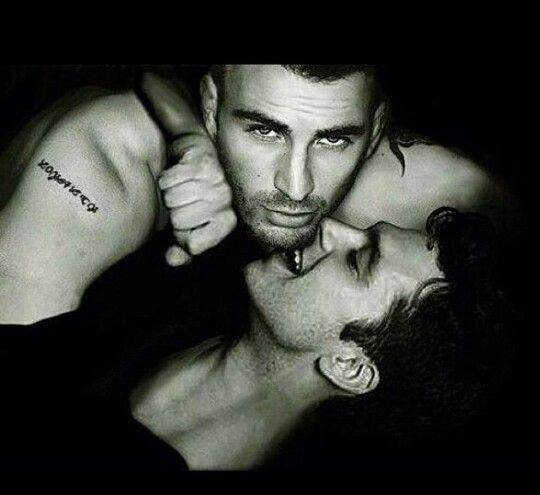 This was definitely a great start to a new series and I for one am gonna read all the books that follow. The brothers were awesome and I can’t decide yet who is gonna be my favorite…. Rafe or Winter. I think they are both in the running for being my number 1 😉

Ethan wanted to feel panic and fear when he stared at Marcus. There really was no doubt in his mind that Marcus and his brothers were vampires. A sane person would have taken his brother to a hospital. Ethan hadn’t seen the actual wounds, but just the amount of blood he cleaned up meant that Bel had been seriously injured. No one could heal from that without medical assistance.

And yet, just an hour later, Bel’s color was starting to improve. He was resting on the couch, his breathing falling in a steady rhythm.

Looking at the aristocratic creature seated on the piano bench, streaked with his brother’s blood, Ethan couldn’t see anything but a man exhausted and hurting in ways that he couldn’t fully understand. He trusted Marcus to not harm him. He’d already gone out of his way to protect him from Meryl and Cain.

Taking Marcus’s bloody hand in his, Ethan pulled him to his feet and led him out of the music room. He paused in the hallway. The third floor held four rooms with locked doors. One of them was Marcus’s private bedroom, but he didn’t know which one.

“Here,” Marcus said, pointing to a pair of double doors farther down the hall.

Ethan nodded and led the way, pulling the keys Marcus had given him out of his pocket. He unlocked the doors and pushed them open. There was only one small lamp on the nightstand burning, but it was enough to illuminate the large room with an enormous four-poster bed and a long bureau made of a dark wood. The walls were a dark blue with white trim. The carpet under their feet was so thick it was almost like walking on a cloud.

“Thank you, Ethan,” Marcus murmured. He squeezed Ethan’s hand before releasing it. “You can sleep in the green room if you’re too tired to return home. And you don’t have to come in to work tomorrow…or rather today. You need your rest.”

Ethan turned and smirked up at Marcus. “Work, huh? I thought I was fired.”

Marcus gave him a tired little smile. “I don’t think I technically fired you. Just threatened to do it.”

Taking a step closer, Ethan slowly reached up and touch the top button on his stained shirt. “Well, I think I’m technically here as a friend, because if your employee did this…” Ethan paused and slipped the first button through the hole. “We’d have to deal with a whole lot of HR shit, and we don’t want to do that.”

Marcus swallowed hard, staring at Ethan. He licked his lips as his breathing picked up, but he didn’t say anything to stop Ethan. Yeah, Marcus was attracted to him. Ethan thought he’d picked up a few little tells over the past couple of weeks, but Marcus was overall very careful. The guy was stuck so far in the closet, there was little hope of him ever seeing daylight.

But this wasn’t about Marcus exploring his sexuality. There was still the issue of him being a vampire and holding knowledge of his mother’s killer. This was about Ethan seeing that Marcus got some well-deserved rest.

Still moving slowly, Ethan lowered his hands and unbuttoned the next three buttons before Marcus finally moved, capturing both of his hands in his.

“It’s okay,” he said, giving him a reassuring smile. “I’m just helping you. I’m going to turn on the shower and get the water to warm up. Do you want me to help you finish getting undressed?”

Marcus’s mouth dropped open and sort of soundlessly bobbed for a second like he couldn’t get the words out.

Ethan chuckled. He was so damn attracted to this man, to this vulnerable side that he was sure his brothers didn’t get to see. Ethan pulled his hands free and resumed unbuttoning his shirt. He pulled the shirt free of Marcus’s pants to get the last couple of buttons. Hours ago, Marcus had rolled his sleeves up his forearms so that all Ethan had to do was run his palms up Marcus’s strong chest, reveling in the feel of hard muscle. A low groan rumbled in Marcus’s throat and that sound sent blood rushing to Ethan’s cock. Fuck, that was an amazing sound. He smoothed his hands across Marcus’s shoulders, pushing the shirt down his arms and to the floor.

“Shhh,” Ethan murmured. “Nothing is going to happen. You’re safe.” He leaned up on the tips of his toes and pressed a light kiss to Marcus’s throat. Strong hands immediately clamped down on his hips, holding him in place. Fingers dug into his ass and Ethan nearly moaned. He’d die to feel those hands all over his body. Just the thought had his cock stiffening.

“Not sure if the promise of nothing has me relieved or disappointed,” Marcus admitted in a shaky voice. He looked down and Ethan could feel the slight tremor creeping through Marcus’s muscles. “I’ve…I’ve never—”

“I know,” Ethan interrupted. “That’s why nothing is going to happen.” Well, one of the reasons, at least. “You need someone to take care of you tonight. Shower and then bed. Once you’re tucked in, I’m going to head home, but I’ll return later today.”

Sadness crept into Marcus’s blue eyes, but there was also relief there. He nodded and released Ethan.

“Finish getting undressed, my sexy friend,” Ethan said and sauntered toward the open door across from the bed. He was guessing it was a private bathroom.

He flicked a switch and sucked in a harsh breath as buttery light cascaded over warm marbled and gold fixtures. The bathroom was almost as big as his old apartment. There was a large garden tub that could easily fit three full-grown men, a double sink vanity with a long mirror, and a shower stall that had enough space and heads to cover the same three men who just climbed out of the tub.

There was muffled thump on the floor and Ethan guessed that Marcus had dropped a shoe. “Are you so touchy-feely with all your friends?”

Ethan laughed as he walked over to the shower. “Would you be jealous if I was?”

“Yes,” Marcus hissed, and that single word wrapped in a possessive tone warmed Ethan like nothing else could. He’d had more than a few sexual partners in his life, but no one he’d call a boyfriend and no one who ever felt possessive. He was just a warm body, a tight hole, a great mouth to fuck.

Opening the door, Ethan turned the handle, starting the shower. He stuck his hand in the spray, checking the temperature. Still cold. He started to turn to make sure that Marcus had a clean towel, but he jumped when he found Marcus standing directly behind him. The man had moved so silently and so fucking quickly. How had he not noticed him?

Because he’s a vampire.

It was even easier to forget when Marcus was standing just a couple of inches away, wearing only a pair of black boxer briefs. He was pale, but it didn’t detract from his beautiful body. Every inch of him was hard. Every. Fucking. Inch.>

It started with a battered notebook. Jocelynn Drake wrote her first story when she was 12 years old. It was a retelling of Robin Hood that now included a kick-ass female who could keep up with all the boys and be more than just a sad little love interest. From there, she explored space, talked to dragons, and fell in love again and again and again.

This former Kentucky girl has moved up, down, and across the U.S. with her patient husband. They’ve settled near the Rockies…for now. She spends the majority of her time lost in the strong embrace of a good book.

When she’s not hammering away at her keyboard or curled up with a book, she can usually be found cuddling with her cat Demona, walking her dog Ace, or flinging curses at the TV while playing a video game. Outside of books, furry babies, and video games, she is completely enamored of Bruce Wayne, Ezio Auditore, travel, tattoos, explosions, and fast cars.

She is the New York Times Bestselling author of the urban fantasy series: The Dark Days series and the Asylum Tales. She has just completed a gay romantic suspense series called The Exit Strategy about two assassins falling in love and trying to create a life together. Her newest project returns to her vampire roots with a new MM paranormal romance series. She is also the co-author of the Unbreakable Bonds, Ward Security, and Pineapple Grove series with Rinda Elliott.