Check out this awesome first book in Lily Morton’s new “Close Proximity” series !! Read my review and an Excerpt.

The product of a disorganised and chaotic childhood, Zeb likes order and control, and as the boss of his own employment agency he can give that to himself. Life runs along strict lines and he never mixes business with pleasure. Everything in his life lives in neat, alphabetized boxes. Until Jesse.

Which is why it comes as a complete surprise to Zeb to find himself asking Jesse to pose as his boyfriend for a few days in the country at a wedding.

Zeb doesn’t do impulsive, but as the time away progresses, he finds himself increasingly drawn to the merry and irreverent Jesse. But can he bring himself to break the hard-won lessons he’s learnt in life? And even if he can, how could Jesse be attracted to him anyway? He’s so much older than Jesse, not to mention being his boss.

From the bestselling author of the Mixed Messages and Finding Home series comes a warm and funny romance about one man’s fight for control and another man’s determination to circumvent it.

This is the first book in the Close Proximity series, but it can be read as a standalone. 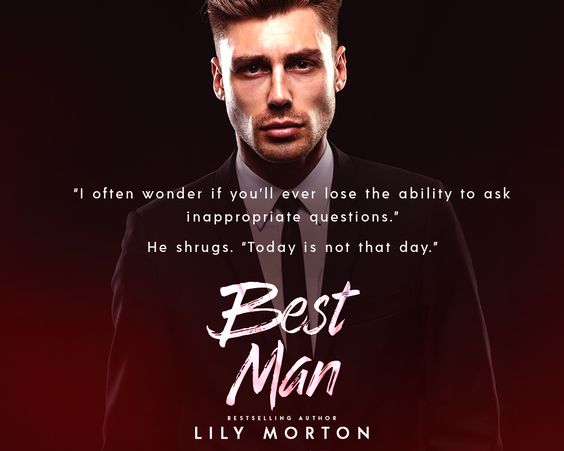 This was everything I expected from Lily Morton … What an awesome, fun and sweet read !!! I absolutely loved Jesse !! About as much as I love Eli, which is quite understanding since they are the best of friends 😉 I wished there would have been more of Eli and Gideon, but hey…we can’t always get everything we want.

Jesse has been working for Zeb for three years now. He is what they call a “jack of all trades”. Zeb’s company caters mostly to the LGBTQ community and offers them everything they need… from gardner to “fake boyfriend” and anything in between.

Jesse has been crushing on his boss from the moment they met, but Zeb has never shown any interest….he has also been in a relationship for years, so Jesse just crushes on from afar so to say…

What Jesse doesn’t know is that Zeb has been feeling the same way about Jesse … He is just worried that he is way too old for the likes of Jesse, they do have a 20 year age difference. He doesn’t think Jesse would be interested in someone like him.

But now, things are about to change between the two of them, because Zeb needs Jesse’s help to pose as his fake boyfriend at a (pre) wedding getaway. And we are not talking about just any wedding here. We are talking about his ex-boyfriend Patrick’s wedding, who cheated on him and is now marrying a woman… He even promised to be his best man. Should be some good times (read the sarcasm)

Things are never boring with Jesse around though, so I laughed my ass off. I also had to make use of my dear old fan when things between Jesse and Zeb started heating up !!

So many wonderful side-characters were introduced and I really hope we get all their books. Lily Morton has set the bar high with this very first book in the series, but I am sure the rest of the books will be awesome as well. I for one can’t wait 😉 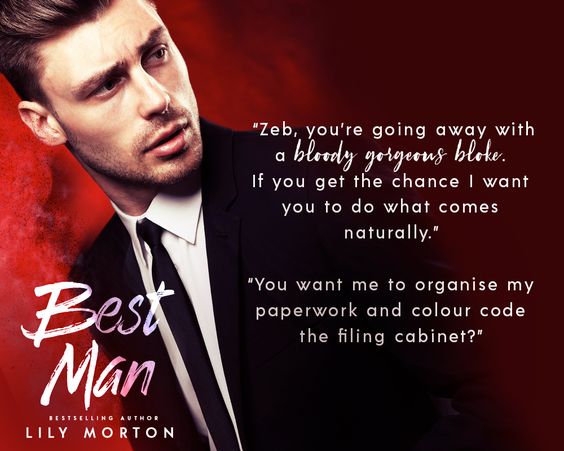 He looks at me and sighs wearily. “Do you think you could possibly behave?” he finally says.

I bite my lip. “I don’t think it would be entirely honest of me to promise that,” I say slowly. “Especially if people keep treating you like you’re some sort of desperate stalker. It’s not fair.” I frown. “You’re doing bloody Patrick a favour. They should be thanking you, not treating you like an unexploded bomb from the war that might go off in suburbia and wreck someone’s lavender bush.”

He blinks. “Where the hell did that come from?” He pauses. “And why am I the unexploded relic from the war?”

I smile at him sympathetically. “You have a lot of pent-up aggression,” I inform him. 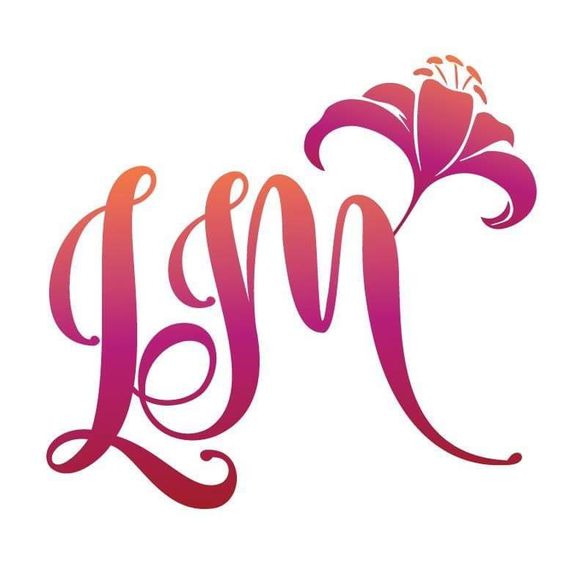 Lily lives in sunny England with her husband and two children, all of whom claim that they haven’t had a proper conversation with her since she bought her first Kindle.

She has spent her life with her head full of daydreams and decided one day to just sit down and start writing about them. In the process she discovered that she actually loved writing, because how else could she get to spend her time with hot, funny men!

She loves chocolate and Baileys and the best of all creations – chocolate Baileys! Her lifetime’s ambition is to have a bath in peace without being shouted by one of her family.