I asked for his criteria for bed buddies-that’s the PG version.

He swore at me and said he didn’t do groupies. And just like that, our friendship was off to a great start.

Reese Forster was the starting point guard for the Seattle Thunder.

Gorgeous. Cocky. Loved by the nation.

Correction: where I work again, because I was fired from my last job.

And I might have a tiny bit of baggage, but that’s normal. Right?

And we really shouldn’t have started sleeping together … (Except we did.)

I’m adorably psychotic. He’s in the NBA.
This is not a disaster waiting to happen, at all.

Teardrop Shot is a 107k standalone with brand new characters.

I am definitely a Tijan fan and so, of course, I want to read every book she releases…I did not, however, expect to love this book so much, that from now on, Mason will have to share his number one spot. I absolutely adored Charlie and Reese !!!

From the moment I started reading, I was pulled in and I did an all-nighter so I could finish in one go. I loved it that much. Maybe it was the writing style…maybe it was the awesome characters or maybe it was the interesting storyline. It was probably all of those combined though

Now this book was pretty long, but for me…I could have done with even double the pages !!

Anyways, I love sports book, awesome heroes and quirky heroines, so I really hit the jackpot with this one 😉 I also love me some angst and emotion and I got that as well.

How would you feel when your whole world is crumbling, but then, when you think you are at your lowest…you meet your idol and he turns out to be everything and so much more !!!

I have to admit that I don’t know crap about basketball, but I would definitely go to every game to cheer Reese on !! That man was fine…in every way 😉 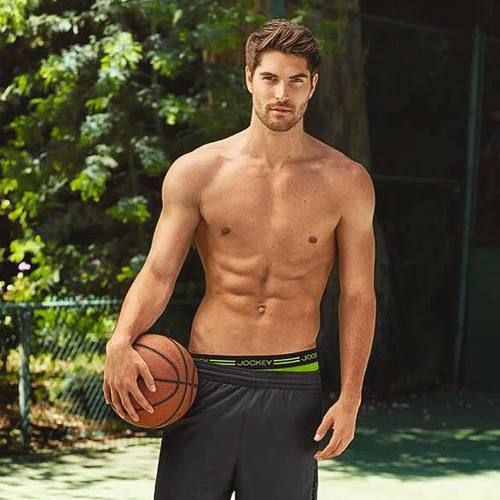 It took me some time to get used to Charlie though. The questions felt a bit weird in the beginning, but once Reese started answering, I was actually hoping she would ask him more.

These two were absolutely adorkable. This book was filled with heartache, laughter, steam, friendship and most of all…love !!

It shows that everyone deserves a second chance at love. It is definitely gonna end up on my “favorite MF reads of 2019” list.

I highly recommend it to everyone.

He came out, all ready, saw me, and shook his head.

Giving him the biggest smile I could muster, I handed over his coffee and dangled my keys. “Let’s go.”

My neighbor was coming home from his night shift at a factory. He was trudging down the hallway when he saw us, lifted a hand in greeting, then stopped. His head shot upright and his shoulders stiffened.

He rotated swiftly on his heels, his eyes wide and bulging. He held up a hand. “Is that—”

“No.” Lying. Another superhero quality of mine. “It’s late, Bill. That’s my brother.”

Reese squashed a laugh and nodded to the guy. “What’s up.” It wasn’t a question, but a greeting, and he hustled me past my neighbor.

I gave Reese a look as we went to my underground parking spot. “He’s going to hammer me later. He’ll know he wasn’t seeing things.”

Reese smirked, meeting my gaze over the top of my car. “Bigger than you?”

We were entering cheesy territory here. We needed to scale it back.

I was, but now I had to buy one. “Wouldn’t you like to think that.” Settling into my chair, I felt better—more familiar terrain again. “But the funny thing is, next time you come, you won’t know if I was serious or if I bought him after I told you.”

Reese just rolled his eyes, putting the coffees in the cup holders for both of us.

He was looking around as I pulled out of the lot. “This is actually a nice place.”

“The underground parking is nice. The apartment building itself is okay. Nothing great.” I didn’t tell him how the lights in the laundry room would dim, so if I used those machines, I had to prop the door open with a rock. Or how I’d only do my clothes between seven in the morning and nine. Nine was the latest. After that, people were stirring, and there were a few neighbors I wasn’t so sure about.

Reese whistled as I pulled up to departures seven minutes later. “You weren’t kidding. That’s close.”

“And you’ve barely had your coffee.”

He yawned now, blinking a few times. “I’ll grab some inside. You can have it.”

I parked, but didn’t shut off the engine.

I grinned. “Wasn’t planning on it. We really don’t need to go to that level, with the hugging, would we kiss or not… Too many strings, friend.”

He smiled back, but his eyes had started to smolder a bit. He leaned over, dropping his voice, “I’ll answer one of those questions.” His lips caught mine in a good, firm kiss, one that sent my senses spiraling and stole just the slightest bit of oxygen from my lungs.

I might’ve needed to gather my bearings as he pulled back and grabbed his bag from the back. Before he turned, he gave me a second kiss, this one lighter. “Go home. Go to bed,” he said as he reached for the door. “Text me when you park, and again when you’re inside your place. Humor me. I’m a friend. I can care.”

He was starting to leave, but I tugged on his shirt.

He paused, looking back.

Our gazes held, a shared reminder of the other details in our agreement. I saw his darkening, so I let go. “Okey-dokey. Hope you don’t get mauled.”

He laughed. “It’s too early for that.”

But we both knew the truth. It could happen.

As if reading my mind, he amended, “It’s usually not that bad. If it is—and I don’t think it will be—airport security is good with celebrities here. They’ve got a special room and everything. Plus…” He reached in his bag and pulled out a baseball hat, dragging it low over his eyes and flicking up his hood. “This is pretty incognito.”

His height wasn’t, but I decided to pick my battles. “I’ll expect twenty questions by the time you land.”

He laughed. “Don’t think so. I’m going to be sleeping that whole time, but I’ll text you updates just to annoy you.” He got out, but bent back down, his tone more serious. “Do me a favor? Only take that job if you want it. Don’t take it because you feel desperate. I can loan you money, if anything.”

That wiped all joking aside. “Reese.” Dammit. “I’ll never lose myself in a guy again. Ever.”

“Yeah, but before you didn’t have a friend who could loan you money until you got to a place where you could pick something that actually made you happy.” His eyes flashed a warning. “Now you do. Just think about it. It’s a loan. I’d give one to another friend in the same spot.”

I rolled my eyes.

He chuckled. “Drive safe. I liked screwing you. Let’s do it again and soon.”

“I changed my mind. Get mauled!”

I could hear his laugh as he shut the door and headed inside, his bag over his shoulder. Only a couple guys squinted at him, their heads cocked to the side. He was right. His incognito look really was incognito, but he was still frustrating.

And I was hoping for thesoontoo.

Driving back, my phone kept buzzing.

Reese: I had to check my bag. It’s too big for a carry-on.

Reese: Going up the escalator now.

Reese: At the security line. The guards are cool. They promised not to be angry when Thunder beats the Coyotes.

He knew I couldn’t answer. I was driving.

Reese: This is a nice airport. I always forget till I get here.

Reese: I upgraded to first class.

Reese: Coach wants to make sure I get back in time for meetings this morning.

After parking, I grabbed my phone.

Me: It’s supposed to be questions. Like, if I asked security if I could put a body in my bag, could I still check it? Questions like that. You’re not following the rules.

Reese: Fuck the rules. These are my rules.

Reese: You do questions. I do updates. Deal with it.

Reese: Except now. Are you back at your place?

Reese: No updates from you. Well. Yes. Tell me when you get in your place.

I turned down my hallway. Bill’s door opened and his head popped out. His hair was scruffed up like he’d been trying for a Mohawk. “No bullshit. Was that him?”

I was about to break a fellow Reese Forster fan’s heart. “It was my brother.”

He glared. “You’re not fucking with me?”

His head went back in, and he slammed his door shut.

Immediately Mrs. Rings yelled from her apartment across the hall. “STOP SLAMMING THE DOORS! EVERYONE FUCKING SHUT IT!”

And her parrot a second later.

And her parrot again, “EVERYONE FUCK IT AND GO TO SLEEP!”

Tijan is a New York Times Bestselling author that writes suspenseful and unpredictable novels. Her characters are strong, intense, and gut-wrenchingly real with a little bit of sass on the side. Tijan began writing later in life and once she started, she was hooked. She’s written multi-bestsellers including the Carter Reed Series, the Fallen Crest Series, and the Broken and Screwed Series among others. She is currently writing a new YA series along with so many more from north Minnesota where she lives with a man she couldn’t be without and an English Cocker she adores.

Enter the giveaway for a signed paperback and swag!

One thought on “Blog tour “Teardrop Shot”, by Tijan”