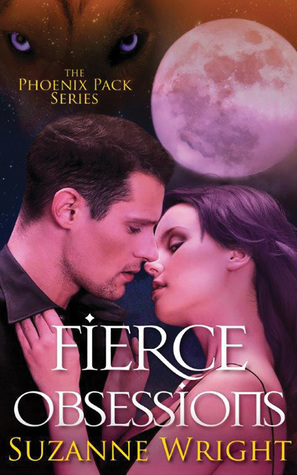 When raven shifter Riley Porter was given sanctuary by the Phoenix Pack, she let them believe she had left her flock. Reluctant to divulge the secrets of her past, she was still embraced as family. Only Tao Lukas, the protective and passionate Head Enforcer of the pack, was resistant to the enigmatic shifter. Until Riley started to arouse in him something other than suspicion.

Tao doesn’t trust lone shifters, especially ones so guarded—and tempting. But the sexual tension between them is making them both come undone, and vulnerable to more than desire. All Tao wants is for Riley to stay with him and to trust him with the truth of her past.

As Riley’s mysteries come to light, so does a danger that threatens not only her life but the safety of the entire pack. For Tao, keeping Riley safe means keeping her close—forever—as his mate.

As some of you know, I don’t read as many MF books as I used to anymore. That’s because I am pretty picky when it comes to them.  I will always read a book written by Suzanne Wright though because she has always been one of my favorite MF authors. I have read almost all her books and I will continue to do so in the future. What can I say…I am a huge fan !!!

I have known Tao, since he was introduced in the first book of the Phoenix series. I have always wanted to know more about the Head Enforcer of the Phoenix pack. Riley, a raven shifter, has only recently (previous book) moved to the Phoenix pack. She was taken in by the pack because she came with two young shifter children, who were given sanctuary by the pack. These didn’t start off on the right foot. Tao strongly distrusts strangers, especially lone shifters and he didn’t want Riley anywhere near his pack. That doesn’t mean he didn’t think she was hot though.

After Riley has spent some time with the pack, Tao slowly starts to trust her and even like her….he was already very attracted to her, so now…he just needs to make a move…which is exactly what he does.

Riley loves nothing more than antagonizing Tao. It brings her and her raven much pleasure. She can’t deny being very attracted to the man though…So once the ice is broken and Tao suggests they take things a bit further, Riley figures…why the hell not. It’s not like it’s anything serious…….

I really liked Riley. It is always very hard for me to like a heroine, which is why I am such a big fan of this series and the other ones written by this author. She writes about very strong females, who don’t take shit from anyone. Riley was funny and kickass.

“You better hope you are never on fire, Tao, because I’m more likely to relax and pull out some marshmallows than to help you.”

Everyone who has read Suzanne Wright’s books, knows that they are extremely HOT. This one was no exception. I was, as usual, blushing my way through this one.

“I’ll fuck you in every way I can have you. And then I’ll do it again and again.”

There is a whole background story going on, about Riley’s former flock but I don’t want to spoiler the whole book. It’s best to read it for yourself. These books can be read as stand alone’s, though you wouldn’t know all the side-characters (and there are plenty), so I would advise reading the whole series. You won’t be sorry 😉

I myself hope there will be plenty more books in this series and all the others. No one does shifters, vampires and demons like Suzanne Wright does 😉

This review was originally posted on Dirty Books Obsession 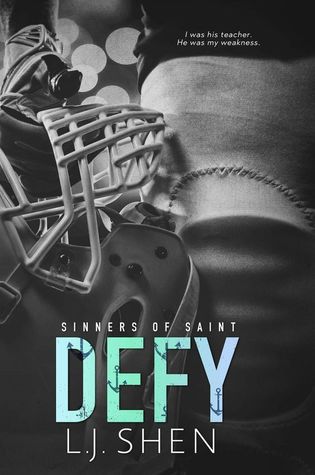 I am a big fan of L.J. Shen’s work and so I loved reading the “Sinners of Saint” series. In light of her new series “All Saints High” almost coming out, I figured I would do a re-read of all the books so everything is fresh in my mind. Now imagine my surprise (read: shock) when I found out I never read Jamie’s story !!! I just don’t understand how this happened !!

Of course, when I found out (a few hours ago), I put everything else aside and fixed the error of my ways… Normally I would be thankful this was a short story, but we are talking “HotHoles” here and so I was just sad when I was finished so soon.

Since I already read every book in this series, I knew exactly who Jaime was and that Melody was his former teacher. I was so happy to finally find out how they got together…better late than never 😉

It was sooo good. Melody is a 26-year-old English Lit teacher at All Saints High. This makes her 8 years older than the “Hotholes“, who are all in one of her classes. And somewhere along the way, she has caught the attention of one of them specifically… Jamie …

Melody isn’t really happy with her job. She is trying to teach a bunch of privileged kids, who make it a mission not to listen to anything she says. To make matters worse, the principal of the school, who is also Jamie’s mother, is a cold-hearted bitch seemingly trying to get her fired. Not that being a teacher was ever her dreamjob…she wanted to be a dancer, but life isn’t always fair.

You know what also isn’t fair….One of your students trying to blackmail you for sex because you wrecked his car

Jamie makes it perfectly clear what it is he wants from Melody. I just don’t think it really classifies as blackmail …since she seems to want it just as much.

I loved these two. This book was definitely a bit on the lighter side compared to all the others. Melody’s inner voice was hilarious and she really is “my kind of girl”. I can understand why Jamie wanted her so badly. That said…Jamie was pretty freaking awesome himself !!

I can’t wait for “Pretty Reckless” to get here. I know Daria is gonna be the heroine and she is Jamie and Melody’s daughter. I am sure she will be just as awesome as her parents. 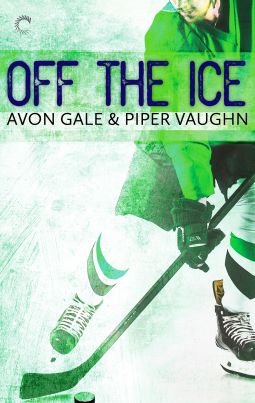 NHL star Tristan Holt may be at the top of his game, but he’s already thinking one play ahead. Hitting the books in the off-season means he’ll have a business degree to fall back on when it’s time to hang up his hockey skates.

But his straightforward plan is complicated by his undeniable attraction to his sexy sociology professor, Sebastian Cruz.

Impressed by Tristan’s brain as well as his brawn, Sebastian can’t help lusting after the gorgeous jock. With tenure on the line, Sebastian won’t break the rules by becoming involved with one of his students—at least, not until the end of term. Once final grades are posted, though, their naughty mutual fantasies can become reality.

Tristan’s not sure he’s up for being the poster boy for openly gay hockey players, but Sebastian’s never been the type of man to keep his sexuality—or his relationships—in the closet. For Tristan, being with Sebastian might mean risking more than just his heart.

This book is approximately 71,000 words

I was already a huge hockey fan. Those big sexy men, with their big sticks…come to mama !!!!!  I am also a huge fan of Avon Gale’s “Scoring Chances“ series. No way I wasn’t gonna love this one !!

This book has a lot of tropes I absolutely love…We get two hot guys getting down and dirty, my favorite sport (hockey !!), some age difference, student/teacher (forbidden vibe), and some very nicely done “kink“. Not to mention the delicious dirty talk. What more could a girl wish for … not much, I tell you !!

I am not a big “kink” reader, but I have slowly started to appreciate it more and more. It also helped that these guys were extremely HOT together! There is definitely a bit of a dom/sub relationship going on here and I myself think it was very nicely done. Tristan loves to have his ass spanked 😉

There was also a bit of humiliation play, and I’ve got to be honest here and say that I am not a big fan. It’s definitely one of the reasons I couldn’t give it 5 stars. Thankfully it wasn’t too much and so I didn’t feel like putting the books down.

Tristan Holt is a 23 year closeted NHL hockey player, for Venom. He is taking classes he is to get his business degree because he is afraid “hockey” alone won’t be enough to secure his future.  That’s where he meets his Sociology professor. It becomes clear real soon that Tristan…is hot for his teacher 😛

Sebastian Cruz has offered to summer school since this could help him get tenure. He definitely the broody kind and his “resting bitch” face is practically famous. For a professor teaching about “bias“, he makes a huge mistake, when it comes to Tristan though. Fortunately, Sebastian is also the kind of person to admit to his mistakes and to try and fix them.

These two have an instant attraction going on, and sparks are flying everywhere, but they don’t act on it, not until Tristan is no longer Sebastian’s student, that is. That doesn’t mean they don’t get off on the whole teacher-student thing.

I really enjoyed the way Sebastian dominated Tristan, he was exactly what Tristan needed and wanted.

When he was alone in bed at night, he craved dominance. Someone to help him just….let go.

Sebastian definitely helps him to let go. The man was an absolute master at making Tristan submit and blush… and did I mention his dirty talk ?? It was delicious.

“You can suck me off after lunch” …”Except I want you to do it in my bed, nice and slow. If you think you deserve my come, you need to work for it.”

Tristan had no problem “working” for it, that’s for sure.

As they spend more and more time together, their feelings for each grow. But Tristan is still hiding deep inside the closet, while Sebastian is very much out and proud, with no intention of going back in.

I absolutely loved this book, it was hot and sweet and both characters awesome. I also loved all the other members of Tristan’s team, and I really hope, we will get the goalie’s story next …I can’t wait !!